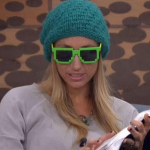 Hello, I am ShinyRaikou. As you can guess, considering that I joined this wiki, I am a liberal. I grew up in the cool,liberal state of New York with a huge liberal family, although in 2008 I supported McCain. (It was a dark and evil time. I apologize to the world). I would never commit such a crime again. I am a Reality-Based Intellectualist. [1]

Abortion should be completely legal and unrestricted. As a fetus lacks a central nerous system, aborting it would be no different than say, cutting down a tree or killing bacteria with antibiotics. Birth control should not be restricted and proper sex education should be taught in school to reduce the need for abortions. While I am pro-choice, I do not think partial birth abortion should be legal.

The death penalty is completely barbaric and should be abolished. It serves no purpose other than getting revenge, and there's always the risk of executing an innocent person. If one innocent person is executed, that's one too many. There are also practical reasons I oppose capital punishment. First, it costs more tax pay dollars to execute someone than to put them in prison and second, there's no evidence the death penalty deters crime.

Our leaders should be elected, by the people, so it's time to ditch the Electoral College and Gerrymandering. Replace the Electoral College with a strait popular vote so all votes are counted, and not just the ones in Florida. Adopta Mixed Member Proportional System in the House of Representitives so one party can't Gerrymander their way into power, like the Republicans did in 2012. Voter ID laws are basically a poll tax; they simply make it harder for people to vote by forcing them to buy photo ID without serving any actual purpose, other than voter supression.

Marijuana should be legalized, as there are much more dangerous drugs out there, for example alcohol. The drinking age showed be lowered to 18 because if 18 years old are old enough to fight and die in Afghanistan, than they're certainly old enough to drink. The ostly War on Drugs needs to end. Decriminalize all drugs and treat drugs as a public health problem instead of a criminal offense.

The minimum wage should be  raised to eleven dollars an hour. Raising the minimum wage has been proven to stimulate the economy and can be used to fight poverty. The government should fund extensive anti-poverty programs such as Social Security. Cutting these social programs will absolutely devestate our economy. To fund these programs, taxes should be increased on the richest Americans, while we also cut from our inflated military budget. As far as I'm concerned, so-called "Welfare Queens" do not exist.

The No Child Left Behind Act has failed miserably and needs to be thrown out. Cutting money from failing schools does not help anyone, it justs harms the schools more. Education should be our top priortiy. The greatest investment any nation can make is in its children. Education spending should be increased dramatically so schools can have the money and resources. Colleges should be funded by the government and free, just like public schools.

We need to enforce strict enviornmental regulations on business. Global Warming is a fact, plain and simple, there's no way to argue with that. The government needs to take steps to reduce our carbon footprint, such as adopting the Kyoto Protocol. We should invest in alternative energy to both create reliable jobs while at the same time reducing our carbon footprint and getting us one step closer towards complete energy independence. The Keystone Pipeline poses too much of a enviornmental risk to be approved.

The United States needs to scale back our massive military spending, which may make us powerful, but just leads to anti-americanism and more conflict. War should only be used as a last resort and only after diplomacy has completely failed and there' absolutely no other options. The United States should stay neutral in foreign affairs unless it or one of its closest allies are directly attacked, or if specifically asked by the international community.

Gun control doesn't mean anything unless enacted at the federal level. In places with stronger gun control laws, there are typically less murders (although sociological factors also play in). However, in the United States, these laws are impossible to enforce as they're at a state and local level, so someone could easily bring in a gun from somewhere else in the country. The United States needs to enforce strict backround checks, but otherwise leave gun ownership unresricted.

The process of immigrants becoming American citizens should be much, much easier. Under our curent system, there is virtually no process for an unskilled Mexican worker with no family living in the United States to become an American citizen. Is there any wonder why so many people immigrate illegally, instead of taking the legal path? Because the legal path is next to impossible, even in a best case scenerio. For illegal immigrants already living in the United States, there should be a path to citizenship, and any of their children born here are automatically citizens.

LGBT couples have every right to get married, adopt children, and have all the same rights ad heterosexual couples. I have never, in my entire life, seen any sort of logic used to oppose same-sex marriage except bigotry and "BIBLE IS LAW!". "Don't Ask, Don't Tell" was a ridiculous, discrimitory policy, and I'm glad it was repealed. The Defense of Marriage Act should be thrown out along with DADT. The Employment Non-Discrimination Act should be universal, as to protects members of the LGBT community.

"If a free society cannot help the many who are poor, it cannot save the few who are rich."- John F. Kennedy

"I believe that, as long as there is plenty, poverty is evil."- Robert Kennedy

"A nation that destroys its soils destroys itself. Forests are the lungs of our land, purifying the air and giving fresh strength to our people"- Franklin D. Roosevelt

"Every gun that is made, every warship launched, every rocket fired, signifies in the final sense a theft from those who hunger and are not fed, those who are cold and are not clothed."- Dwight D. Eisenhower

"A nation that continues year after year to spend more money on military defense than on programs of social uplift is approaching spiritual doom"- Martin Luther King, Jr

"I believe that there should be a very much heavier progressive tax on very large incomes, a tax which should increase in a very marked fashion for the gigantic incomes"- Theodore Roosevelt

"To impose taxes when the public exigencies require them is an obligation of the most sacred character, especially with a free people"- James Monroe

"Human kindness has never weakened the stamina or softened the fiber of a free people. A nation does not have to be cruel to be tough"- Franklin D. Roosevelt

"While I am a great believer in the free enterprise system and all that it entails, I am an even stronger believer in the right of our people to live in a clean and pollution-free environment"- Barry Goldwater

"Compassion is not weakness, and concern for the unfortunate is not socialism"- Hubert Humphrey

"The liberty of a democracy is not safe if the people tolerate the growth of private power to a point where it becomes stronger than their democratic state itself. That, in its essence, is fascism – ownership of government by an individual, by a group "- Franklin D. Roosevelt

"Where free unions and collective bargaining are forbidden, freedom is lost"- Ronald Reagan

"Only a fool would try to deprive working men and working women of their right to join the union of their choice "- Dwight D. Eisenhower

"We establish no religion in this country. We command no worship. We mandate no belief, nor will we ever. Church and state are and must remain separate"- Ronald Reagan

"Taxes, after all, are dues that we pay for the privileges of membership in an organized society "- Franklin D. Roosevelt

"The divorce between Church and State ought to be absolute. It ought to be so absolute that no Church property anywhere, in any state or in the nation, should be exempt from equal taxation; for if you exempt the property of any church organization, to that extent you impose a tax upon the whole community"- James A. Garfield

"No business which depends for existence on paying less than living wages to its workers has any right to continue in this country"- Franklin D. Roosevelt

"Nobody has ever gone poor by giving"- Anne Frank

"A conservative is a man who just sits and thinks, mostly sits"- Woodrow Wilson

"Even as someone who’s labeled a conservative – I’m a Republican, I’m black, I’m heading up this organization in the Reagan administration – I can say that conservatives don’t exactly break their necks to tell blacks that they’re welcome."- Clarence Thomas

Retrieved from "https://liberapedia.wikia.org/wiki/User:ShinyRaikou?oldid=77455"
Community content is available under CC-BY-SA unless otherwise noted.