Liberapedia
Register
Don't have an account?
Sign In
Advertisement
in: Liberals, US Presidential candidates, Democratic Party,
and 7 more

Ross Carl "Rocky" Anderson was a candidate for the 2012 presidential nomination in the newly Formed Justice Party, and the only liberal other than Jill Stein to be running. He was Mayor of Salt Lake City, Utah as a democrat from 2000 to 2008, where he spent time supporting LGBT rights and environmentalism.

Even though the Justice Party is new, he has received some media attention, such as from The Young Turks and MSNBC.

He has zero chance of winning, just like all third party candidates. And Ron Paul. 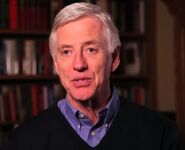 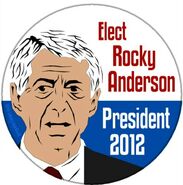