We sometimes like satire in Liberapedia so please don't take everything seriously.
This article is a bit subjective. If you don't like it ... sorry about that. 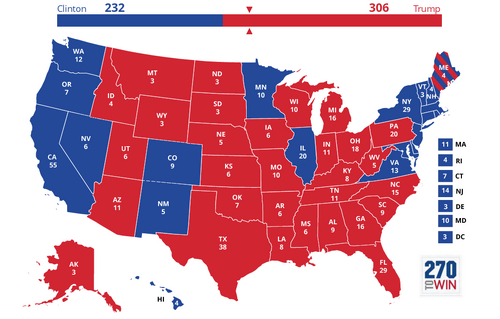 Red States (People's Republic of Trumpistan) is the term used to describe the states in which the Republican Party got the majority of votes. They are called red states not only because of the red Republican Party, but because they are inhabited primarily by Rednecks. These states are currently lost to the godless imps from the depths of Hell. However, there are small groups of heroes that infiltrate these states and bring the light of truth to the lost souls. These brave few are often patronized by their bullying neighbors, and unfortunately manage to save very few. Until 1996, Republican states were often colored in blue (1992; 1996).

In the Bible Belt Red States the Fundy Christians, who are also Republicans, bully the others.

In and around the State of Utah, Fundy Mormons, who are also Republicans, bully the others.

In the Blue States it's also different. There's the sensible folk who would never let fundy proselytes force themselves onto others.

Retrieved from "https://liberapedia.wikia.org/wiki/Red_States?oldid=120688"
Community content is available under CC-BY-SA unless otherwise noted.